Are Driverless Cars A Good Idea?

Unless you have been living under a rock for the past few years, there have been many reports in the media about how car manufacturers and even technology companies such as Google have been working on creating autonomous vehicles – or driverless cars. 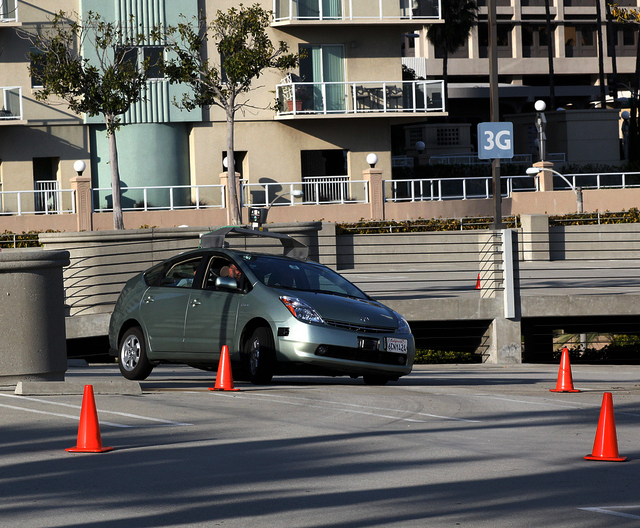 Driverless cars becoming the norm isn’t something that is going to happen overnight, because there is still a lot of work to do in order to make autonomous systems as reliable, efficient and safe as possible.

There is also the question of money; for example, Google’s autonomous cars have around £90,000 worth of equipment in each car (and then there is the cost of the car itself).

This amount of money is clearly out of reach for most people in the United Kingdom, so the other main challenge is for these companies to develop systems which do not require motorists to take out a mortgage in order to be able to have a nap while their car drives them to work in the morning!

Pro: they are safer than humans

It might be difficult to put your trust into what is effectively a mechanical device and a computer to drive you safely to your destination when you are travelling at 70mph on the motorway, but if you think about it there are plenty of things that do this for us already.

Some light rail systems and trains such as the Docklands Light Railway are mostly controlled by technology, with humans “supervising” their operation rather than driving the actual trains. In fact, one of Transport for London’s goals is to have tube trains which are completely autonomous.

I know these are trains we are talking about, but as with cars there is still the possibility of collisions occurring with other trains if they were controlled by humans, so the onboard systems make sure that they do not operate on sections of track where other trains are in use.

The same principle applies with driverless cars; if there is a car, pedestrian, animal or inanimate object in its path, it will not continue until there is no obstruction.

Cons: computers and mechanical devices are prone to failure

You will doubtless be aware that both computers and mechanical devices are prone to failure, so the issue may occur with driverless cars.

I’m sure that production models of driverless cars will enable people behind the wheel to take over in case things go wrong, but what happens if the person behind the wheel can’t actually drive a car?

Cheshire-based company, Tilsun, believes that Britain is a long way off from driverless cars making a regular appearance on our roads despite what bosses of technology firms both here and in the United States tell us.

I would personally like to know how a driverless car will be able to deal with things like massive potholes on the roads, people who live on farms with gravel driveways, and roadworks where cars have to use a lane on the ‘wrong’ side of the road as directed by road workers?

Common Kitchen Accidents and How to Avoid Them

The Perfect Car For Long Journeys

Teaching Your Teenager How to Ride a Motorbike

Unleash your passion to drive with Honda CR-Z

Holden Colorado: Luxury and Style on the Road

The Importance Of MOT Inspection On Automobile Resale Value

computers don’t get distracted and tired. if there are adequate redundant backup systems they are going to be safer than fallible humans.

am not too keen on a driverless car, i think i prefer the old-school driving when someone capable is behind the wheels.

I don’t know about that. I am with Jared’s Mum, I’d rather have the old school ways.

It can result to bugs plus – it can still be scary.. and risky as we talk about “life” of a person involved now.

Well, it is scary enough to be on the road driving with other drivers and crazy drivers. While it may sound so cool and so high tech, I still prefer having the control on the steering wheel. I probably won’t be relying my life on the driverless or remote controlled vehicle. LOL!