How to Make Your Own Memes to Amuse Your Friends Online

Internet memes are one of the funniest things to come out of millennial online culture. Sometimes random, sometimes cute, sometimes satirical and usually funny, memes are easy-to-share image and text macros that are now found all over the web.

Unlike mass media offerings or YouTube videos created by people looking to become stars in their own right, the charm of memes is that most of them are created by normal people who have a good idea for a joke, and as such, they are really easy for anyone who can use the web to make one. 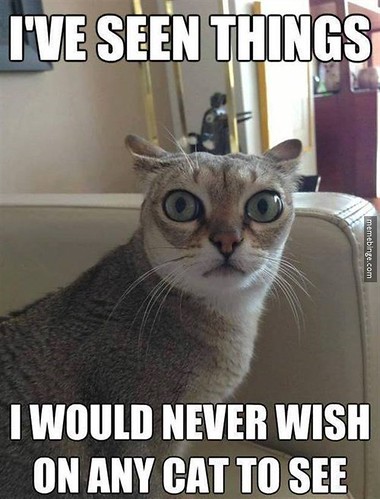 Here’s how to make your own meme images to share with your friends!

Memes have a certain uniformity to them, which is part of what enables people to get the joke. Want to post a bad pun? Then you may want to use the Rick Grimes and ‘Coral’ from The Walking Dead meme or another commonly used one with a laughing dog. Want to tell a story about something funny or embarrassing that happened to you? A good option can be ‘rage comics’.

Whether you are joking about your own life, something in the news, or simply have a silly idea for a joke, using the right meme template is important to get the joke across to people who are familiar with memes.

If you are not already aware of the most common memes, or classic memes like insanity wolf, success kid, hipster kitty and the many others that have been around for a while, then spend some time on sites like 9Gag looking at the way people use the different images.

Some of them may seem a little bit random. For instance, people use a picture of a bear to post confessions and a cartoon penguin to post about awkward social moments, but when you are familiar with the memes, it can be easy to find the right one to use for your idea.

Find A Template or Meme Generator

For simple one image memes, where you simply want to write a caption on a picture that already exists in meme culture, you can find plenty of templates both online and in apps. However, for more unique images such as rage comics, you will want to use a tool like RageMaker.net that lets you place familiar characters with your own text.

Once you have made your meme, all you need to do is post it. If it is just for your friends because you’ve used an inside joke, it is easy to share on messaging apps or Facebook. However, if you have made something you think other people will find funny too, or which relates to a certain niche, there are lots of Facebook groups and Twitter accounts that share memes. You can also add your meme on sites like 9Gag, which solely exist to give people all the memes they want!

Making new memes can be a fun way to share jokes with friends or to amuse other users, so why not get started today?

Getting Ready To Pop The Question

Travel tips when doing business and holidays in Turkey

How to Choose Bath Robes for the Entire Family

The Girly Guide to Relaxing

Steps on How to Sell your Car Online

5 Handy Products For The Everyday Vaper

How to Throw an Awesome & Stress-Free BBQ Party