The list of cool household items you didn’t know your house needed continues to grow longer by the day and is now as long as the Quirky Pod Power extension cord, an outstanding item for all you technophiles out there who can never seem to get enough juice running throughout your pad to power all your digital devices – but as in the immortal words of Ron Popeil, and later Australia’s Tim Shaw, ‘But wait, there’s more!’

And indeed there is, much more in fact! 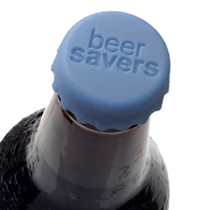 Keeping bubbles alive by sticking a fork or spoon in your half drained bottle of beer is officially a myth and the sooner you accept that fact and pick yourself up a few silicon beer savers the better for everyone, especially your mates whom you try to pass them off on. They retail for about $7.

The Dish Drainer that Drains Into the Sink

This item has proven remarkably popular in a short period of time and has fast become one of those ‘I can’t believe I don’t have one yet’ items.

They cost around $45, though it must be said that if this floats your boat you really need to get out more, if only as far as your backyard to laze about in various degrees of undress in the really cool – not in a literal sense of course – collapsible hot tub discussed in glowing terms below. 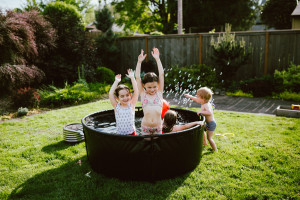 Yes, finally! If you have a grand to blow on something really cool this year, make it a collapsible hot tub. This is the best new release camping item on the market in recent years and you don’t need to venture out into the great outdoors to enjoy it either – your backyard or living room will suffice. $1,000 well spent!

We all scream for ice cream and many of us scream even louder when we realise how much weight we’ve gained upon hitting the scales the next day! The kickball ice cream maker is here to make ice cream safer for consumption by blitzing calories before you even have a chance to put them on.

Just stick all the ingredients inside – cream, sugar, ice, flavours – kick it about with the kids for 20 minutes and you’ll have burned enough calories to deserve treating yourself. Retailing for $35, it’s an ingenious, must-have item.

Not sure about the retail price, though if you’re into making your own household decorations then the graffiti rug roller is for you and it’s most certainly worth whatever it retails at.

Take an image of your choosing, convert it using the software provided and the Graffiti Fur will take care of the rest!

Recently showcased at Vancouver SIGGRAPH 2014, this cool item made a huge impression on those in attendance. 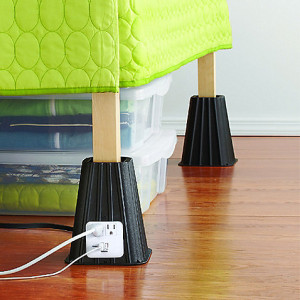 Can’t seem to rise and shine as you’d like? With a bed riser with built-in power strips there’s no need to struggle out of bed any longer, just hit the switch and rise up.

Admittedly they’re intended for storage purposes, i.e. to store more junk under one’s bed, though they’ll make great Christmas gifts for your friends who find it difficult to get up and about in the morning. Just $30! 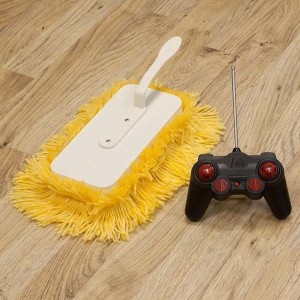 Ever tried to get the kids to do their share of the housework and failed miserably? In that regard, you’re hardly alone as many of us mums and dads would love to get the kids to help out around the house but nothing seems to work – they know we wouldn’t deprive them of pocket money because we’d never hear the end of it and ‘no television until it’s clean’ was another threat that never worked well either.

If you can’t believe you don’t own any of these cool, must-have household items, there’s no time like the present to introduce your better half to your new iPad controlled, poolside tranquility pad – it’s built for two by the way!

Holden Colorado: Luxury and Style on the Road

Add A Little Variety to Your Romantic Endeavors

Create Your Own Online Store for FREE

Best Tips for Looking Great in a Swimsuit This Summer