Being a Die-Hard Sports Fan in Seattle

For the average sports fan, it is simply enough to enjoy sports from the comfort of their own home. Whether it means watching the games in front of your television or listening to them on the radio, there is no need to go above and beyond your current level of fanaticism.

As a die-hard sports fan, the circumstances tend to be a little different. If you’ve already begun speaking to Seattle real estate agents about moving to the city, you’re probably already aware of the sports situation in that city and what it’s like to live there as a die-hard sports fan.

Die-hard sports fan or not, the Seattle Seahawks are one of the biggest names in the NFL over the past few years, which is one reason to enjoy sports in the city of Seattle. More recently, the Seahawks are known for their 43-8 win against the Broncos in Super Bowl XLVIII in February 2014. For any Seattle resident who loves sports, going to a Seahawks game is a must at their hometown venue, CenturyLink Field. 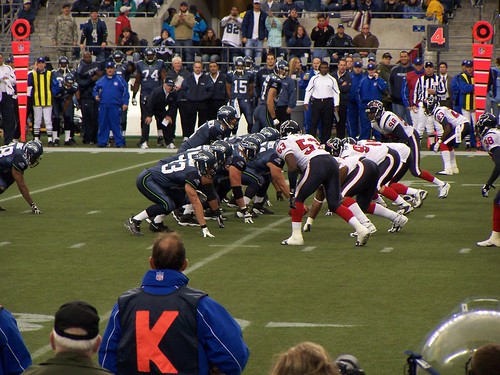 The MLB team of Seattle, the Seattle Mariners, is yet another reason for any sports lover to choose to continue representing this beautiful city. Although this particular team has yet to make an appearance in the World Series, that does not stop any sports lovers from finding their favorite player on the roster. The baseball team is one of the big influences that helped shape much of the city’s history.

These two sports representatives are simply the tip of the iceberg when it comes to taking a glimpse into the city’s sports life. For a die-hard sports fan, everything from baseball to college sports is available in the city, so there’s no better place to settle down in than one that takes sports to a new level.