written by Joy September 17, 2011
Spread the love
Rainy days has not yet ended, it is still been raining a lot lately. JM my eldest son who is already working commutes on his way to work, so he brings along an umbrella aside from the jacket to protect him from being wet. I personally make sure that he brings it daily.
We had bought different kinds of umbrellas; the first one got wrecked by the strong winds during a typhoon. His second umbrella was lost when he went off the bus and totally forgotten that he hang down his umbrella on his seat.  The third one we bought was poorly made, unusable after a week’s usage.
Last week, he told me that he saw a nice umbrella that he wants to buy, because the umbrella he uses is again about to retire

.  When he came home yesterday, he showed me this black Samurai designed parasol.  It is big enough to protect him from rain showers. The artful conception of its handle made it look deceiving at first glance, especially when it is folded and inside its cover. The quality is also good, having thick and hard skeletons. The fabric covering used is also thick enough for rainfall. 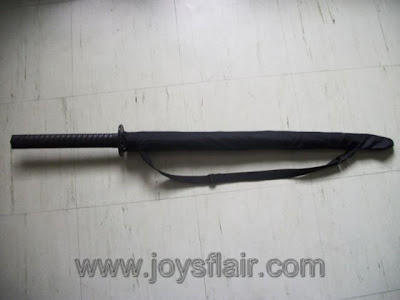 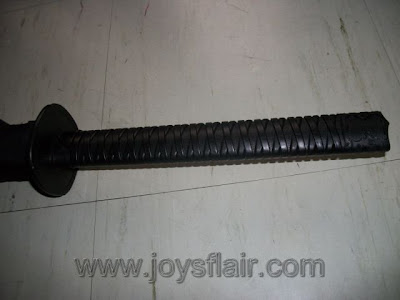 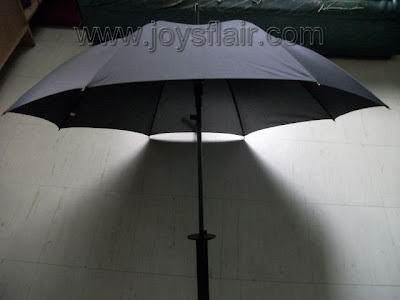 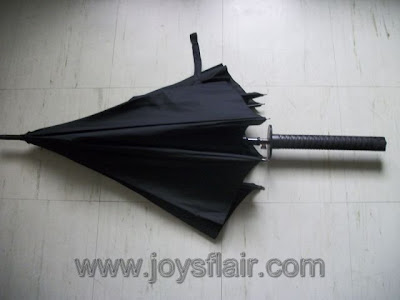 My youngest son liked it very much.  He stubbornly tradeoffs his raincoat to his Kuya (elder brother), ahaha.  The only time Yahmir stopped from bugging JM is when he promised that he is going to buy him one too.
Samurai Designed Umbrella was last modified: September 17th, 2011 by Joy
Samurai designed umbrellasumbrellas
9 comments
0
Facebook Twitter Google + Pinterest

Steps on How to Sell your Car Online

How Not To Get Scammed By Your Mechanic

4 Daily Actions That Add Value To Your Life

Battery powered razors, a handy tool on the go

I already saw this before and I always dreamed to have one for myself… It's really deceiving!

Aside from that, being an anime and manga lover, this is a nice collection to have! 😀

I've seen a few of my male co-workers having this kind of umbrella, too. They're really nice-looking. 😀

Ahahaha.. I like this umbrella huh.. You can fool people with this thing! .  🙂

i just hope that it will be sturdy too!