Guitar Godliness – What It Takes to Become a Guitar God

If you’ve become captivated with ‘Guitar Hero’ and feel that you’ve got what it takes to become a guitar hero you could very well be right, but then again, chances are your time spent playing video games hasn’t prepared you for guitar godliness; however, that doesn’t mean attaining guitar god status is out of the question either.

Get yourself a guitar and start paying your dues, i.e. start playing now! 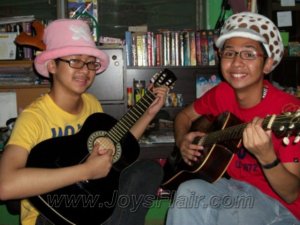 You’ll never attain guitar god status without an axe, though with so many on the market to choose from, which one should you buy?

Firstly, you have to decide what variety of guitar, i.e. nylon/steel string acoustic, acoustic electric, electric, etc. you want to learn on. This is the easiest part, because you should already have a good idea whether you want to play folk, rock, metal, etc.

Selecting your first guitar isn’t, however, as straightforward as deciding upon which variety of guitar you should learn on, and one of the most important pieces of advice it’s possible to give is to buy one you feel comfortable playing, so give the guitars in your price range a trial run to see how comfortable you feel holding them and running your hand up and down the fretboard.

Understand what constitutes bad guitar playing habits and avoid them

As a beginner guitarist it’s all too easy to pick up bad habits that will remain with you throughout your guitar playing days – this is something you can’t allow to happen.

Therefore, you need to understand what constitutes a bad guitar playing habit, look for these in your playing and your attitude to practice and eliminate them early on before they become ingrained and difficult to break.

Bad guitar playing habits can be anything from holding the pick incorrectly, improperly positioning your left hand thumb on the guitar neck, changing chords incorrectly or overlooking the importance of perfecting a chord and striking a clear note before moving on to the next one.

Realise that you have to crawl before you can walk

Jack White, Jimmy Page and the Edge – the three guitarists featured in the rocking documentary ‘It Might Get Loud’ – learned the fundamentals of guitar playing before they starting shredding their fretboards and exciting the world with some of the most astounding guitar playing the world has ever had its mind blow on.

Consequently, you need to understand that you have to learn the basics, i.e. chord progressions, power chords, scales, strumming and picking techniques, etc. before you really start to rip things up.

Guitar lessons can be expensive; however, if you find yourself a good teacher to learn with once a week and put in the effort by practicing every chance you get, their expertise will make a world of difference to your guitar playing.

Besides, if you want to invest in a nice guitar, perhaps one from the range of Fender electric guitars that are nothing shy of amazing on every level possibly imaginable, you’ll want your guitar skills to do it justice, and for that you’ll need lessons in person, not online lessons from YouTube, insightful though they often are.

Play with other musicians as often as possible

Guitar gods don’t exist in a vacuum, they know their music, they listen to lots of different styles, and they play with other musicians as often as possible. Whilst practicing on your own is essential, you need to play with others every chance you get if you’re to attain guitar god status. It’s time to rock.

Travelling on a Shoestring Budget: How to Do It

5 Things You Need To Know About Student Accommodation

How to Make a Fresh Start in a New State

How to Throw an Awesome & Stress-Free BBQ Party

No Membership Needed: How To Get Fit Without Hitting The Gym

Desert Life: What No One Told You About Moving West

No Bones About It: 4 Best Cities for Dogs

After the Accident: Steps to Take on the Roadside